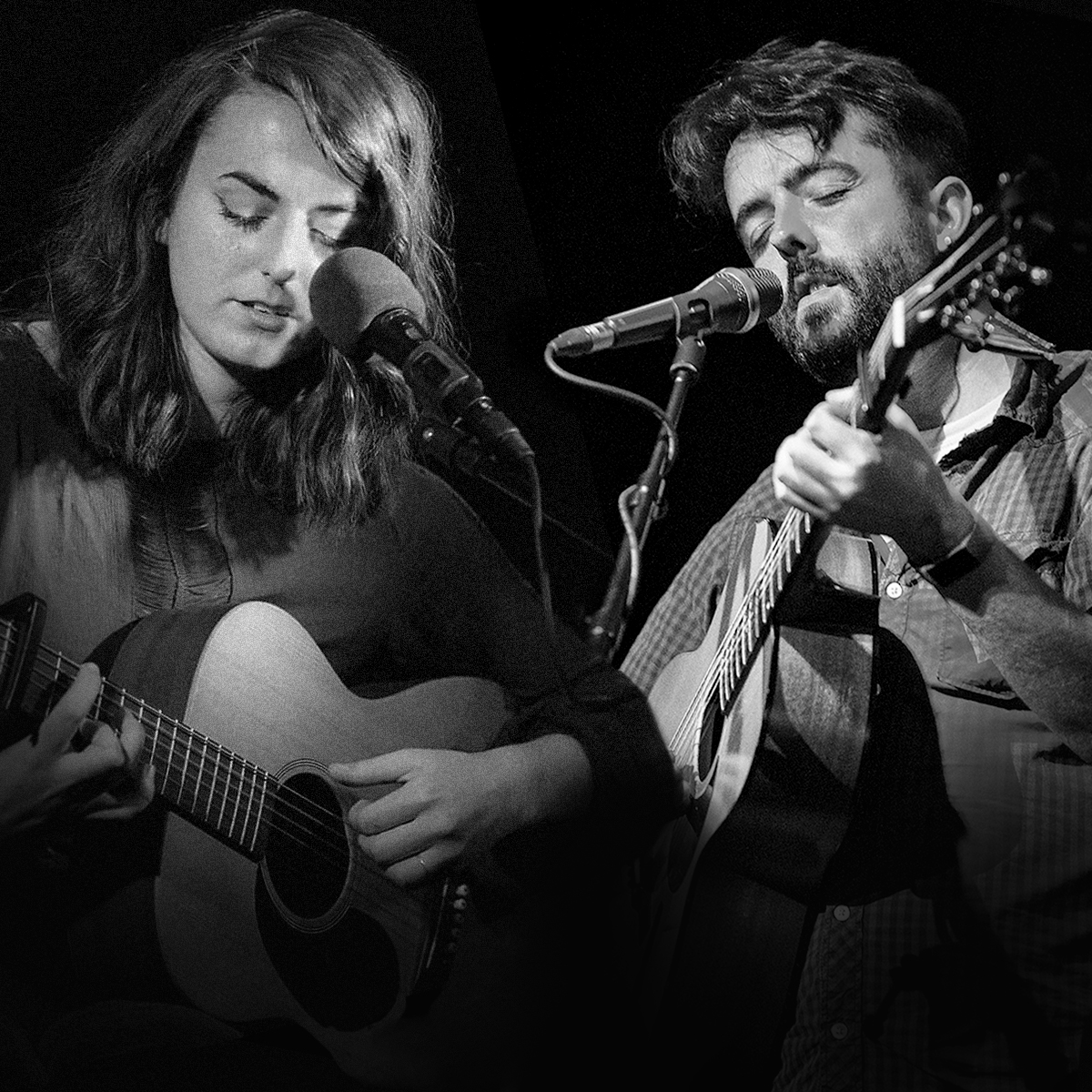 Folk-singer siblings, ‘Caitlin and Calum Gilligan’, share the bill for a special evening of live music.

Both brother and sister grew up the rolling hills of Dumfries and Galloway, and though they are now based in Liverpool, their songs still echo the wildness of their rural, Scottish youth.

“She sings with a singular clear-eyed intensity of her own.” Folk Radio UK

Caitlin Gilligan summons the voices of times gone-by, stirring age-old songs into her set of poetically-crafted and bare-boned originals.  She made her debut performance at Cambridge Folk Festival in 2019, where she was a selected highlight on The Den Stage.  She went on to support artists such as Martin Carthy, Martin Simpson, Rachel Sermanni, Rachel Newton, Emily Portman, and The Rails.  Her influences include artists such as Leonard Cohen, Nick Drake and Anne Briggs, as well as traditional songs and field recordings by the likes of Alan Lomax and Irish collector – Tom Munnelly.

Her EP ‘The Painter & The Sky’ is out now and available on iTunes, Spotify or physically at gigs. She is working on a collection of songs, to be released in 2022.

Calum Gilligan plays a subtle blend of Scottish, Irish and American-influenced folk music with captivating imagery and a lyrical maturity that lies far beyond his years. His 2019 release, ‘Maybe Half a Lifetime’, was named BBC Radio Folkscene’s ‘EP of the year’. In 2021, he supported the likes of Martin Simpson, Emily Portman, Martin Carthy, and Ian Prowse while touring across the country. He also won Purbeck Folk Festival’s ‘Purbeck Rising competition’ before returning for a triumphant headline show in the Iconic ‘Cunard Building’ on Liverpool’s waterfront.

With his debut album (and accompanying UK tour) set for release in April and May, followed by a summer of festival bookings, 2022 will undoubtably be the year that Calum Gilligan comes sharply into focus for the folk world.