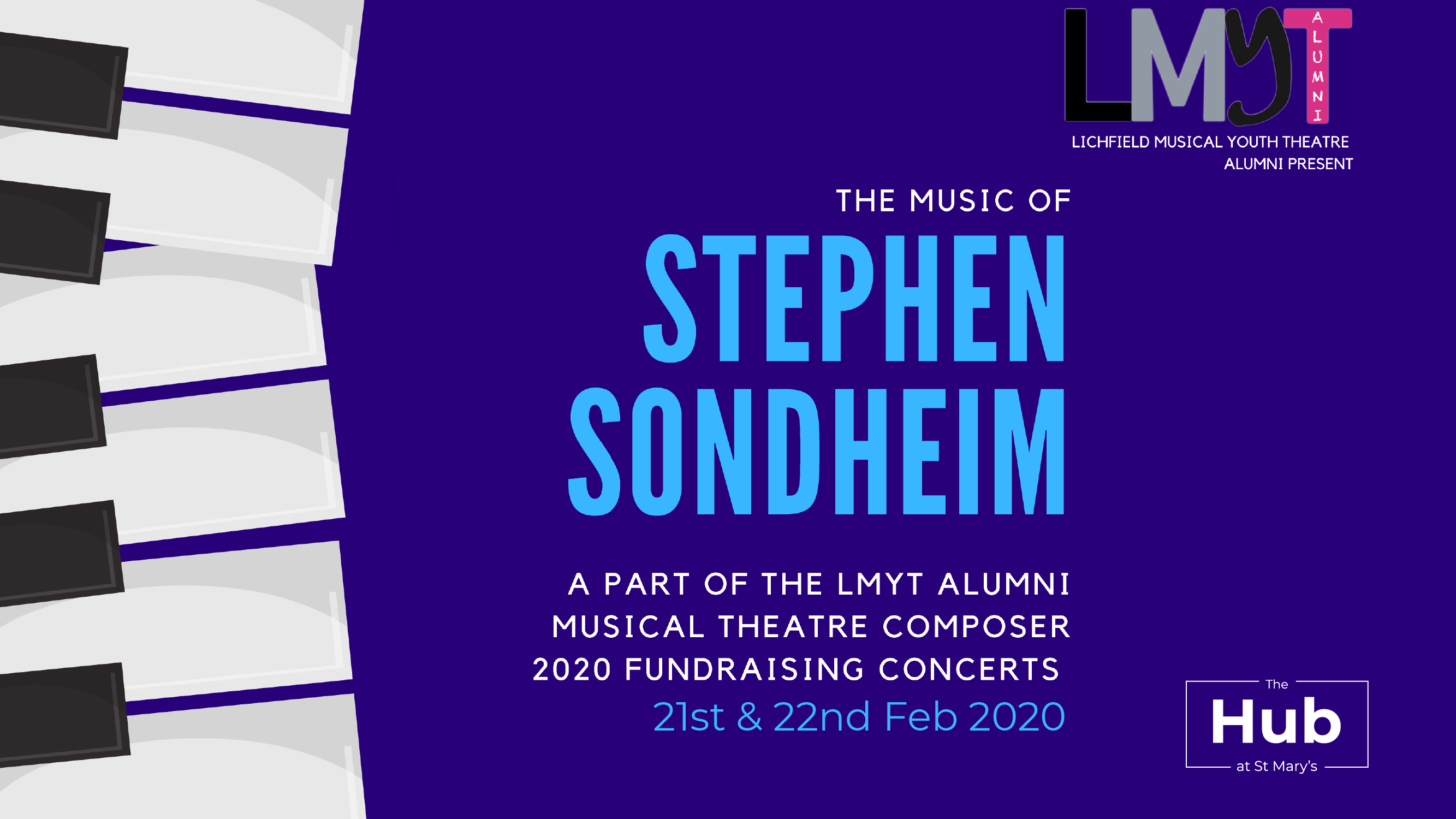 Lichfield Musical Youth Theatre is celebrating it’s 35th anniversary in 2020 by inviting some of our Alumni back for a series of composer-led fundraising concerts in the intimate setting of The Hub at St Mary’s.

Over the years their Alumni have gone on to work in TV, Film, Touring Productions and in West End and Broadway Theatre. Kicking the series off with one of the most celebrated composers in musical theatre, Stephen Sondheim, who’s successes include Sweeney Todd, Company and Into the Woods and who also wrote the lyrics for the all-time classic musical West Side Story.

Our first concert in the series features American lyricist and composer Stephen Sondheim, known for the remarkable range of musicals he’s worked on. Sondheim’s contributions to West Side Story and Gypsy in the 1950s brought him recognition as a rising star of Broadway. Known for the startling complexity of his lyricism and music, his major works for the theater also include A Funny Thing Happened on the Way to the Forum, Sweeney Todd, Company, Sunday in the Park With George and Into the Woods.

All the money raised will go towards raising vital funds to continue the work that LMYT has done for the past 35 years and also supports The Hub at St Mary’s.