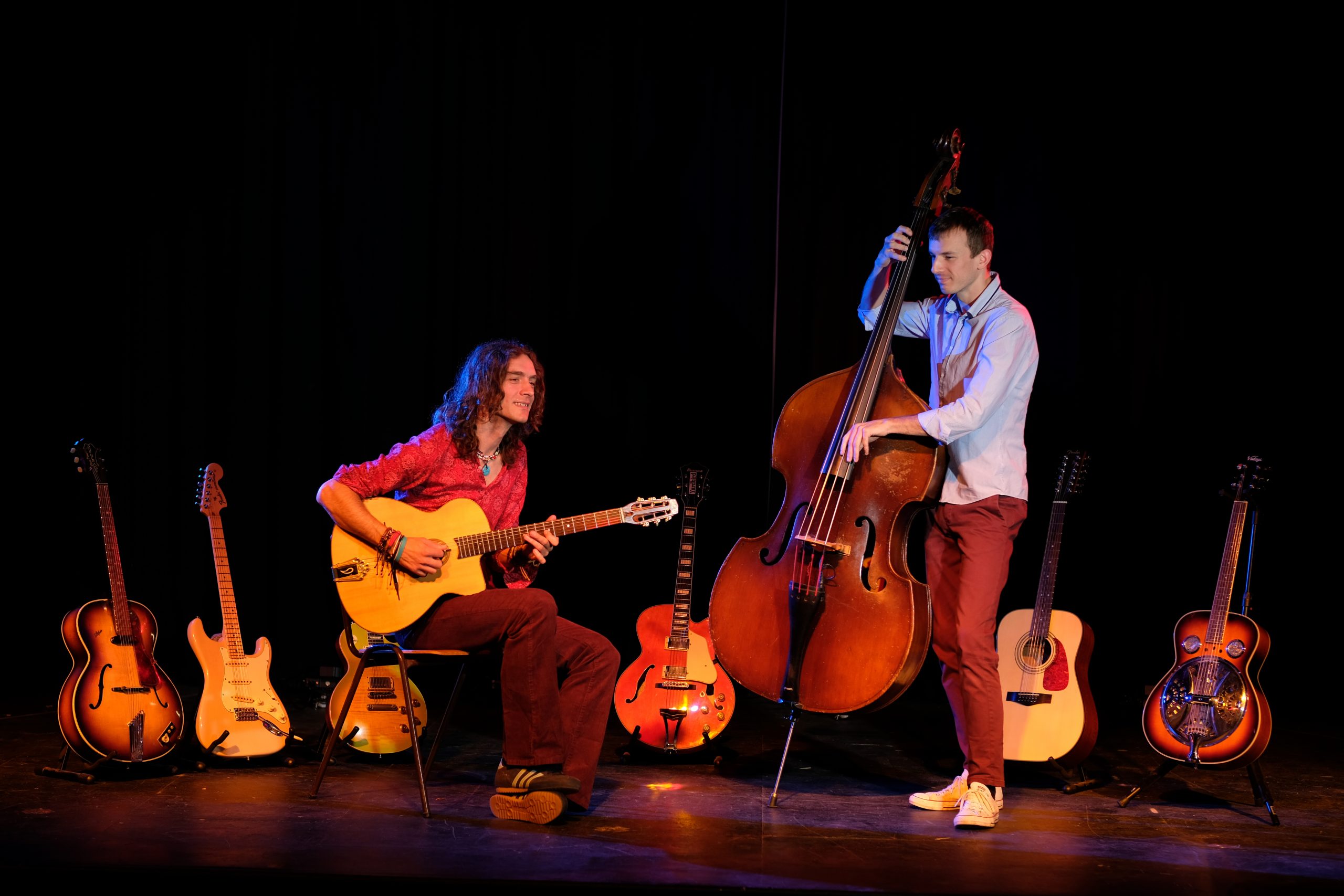 Acclaimed jazz and blues guitarist Remi Harris and virtuoso double bassist Tom Moore present an evening of music ranging from the acoustic jazz of the 30s and 40s to the electric blues of the 60s and 70s; influenced by such greats as Django Reinhardt, Peter Green, Wes Montgomery, Jimi Hendrix and more.
From the age of seven Remi has dedicated himself to a life of guitar. His playing has taken him from busking on the streets of his local towns to performing at many prestigious events and venues around the world, including the Montreal Jazz Festival, Buckingham Palace, BBC Proms at the Royal Albert Hall with Jamie Cullum, and on national radio and television.

Remi has been performing with Tom for over ten years, during which time they have developed a remarkable musical affinity. Since graduating from The Royal Birmingham Conservatoire, Tom has performed around the UK and has appeared at prestigious venues including the Royal Albert Hall and The North Sea Jazz Festival, and more recently supporting Jools Holland.

The show features an eclectic mix of jazz and blues standards, original compositions, improvisations and new arrangements of familiar tunes. Remi plays a variety of acoustic and electric guitars. The ease and warmth of Remi’s stage presence, together with his virtuoso talent, will have concert goers captivated by his passion for the guitar.