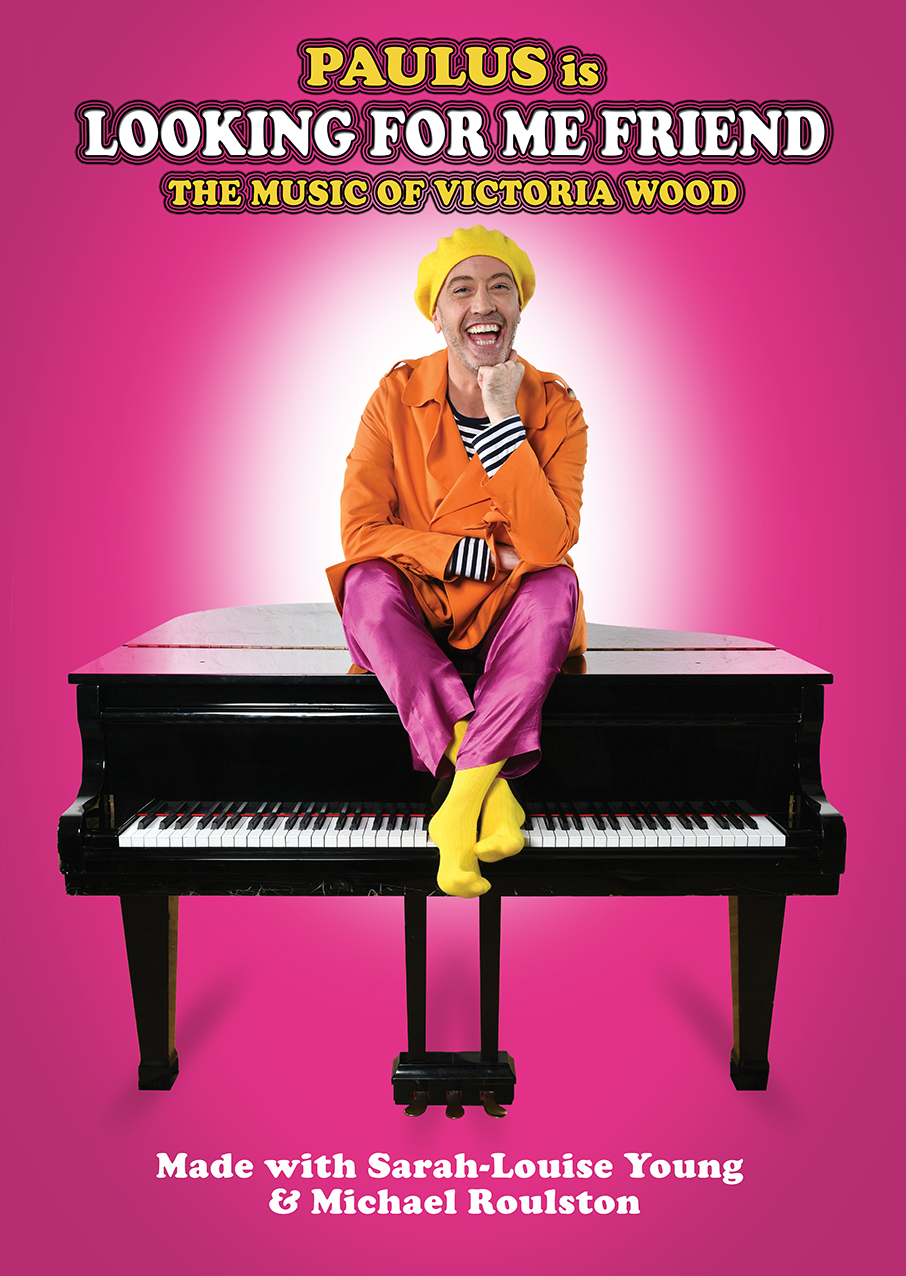 Looking For Me Friend

The Music of Victoria Wood

in association with Lichfield Festival Friends

Cabaret Performer & TV Personality, PAULUS (BBC’s All Together Now), enters his 30th year in entertainment with a loving tribute to his idol: the late, great Victoria Wood.

Joined on-stage by sought-after Musical Director, and old friend, Michael Roulston (Fascinating Aida, Julie, Madly, Deeply.), together the two prove what many have known for decades: that it takes two men to do the work of one woman – half as well!

Initially an hour-long performance, curated for the Edinburgh Festival 2020, PAULUS will remind us of 12 of Victoria’s best-loved songs through the decades, including ‘It Would Never Have Worked’, ‘Reincarnation’ and, of course, the classic ‘Ballad of Barry & Freda (Let’s Do It)’ as well as some of her lesser-known and more poignant compositions. As well as the songs, PAULUS explores the musicality of Victoria’s sketches and catchphrases, the northern accent and the modern ‘Polari’ that has evolved amongst her legions of fans through the quoting of her enormous body of work.