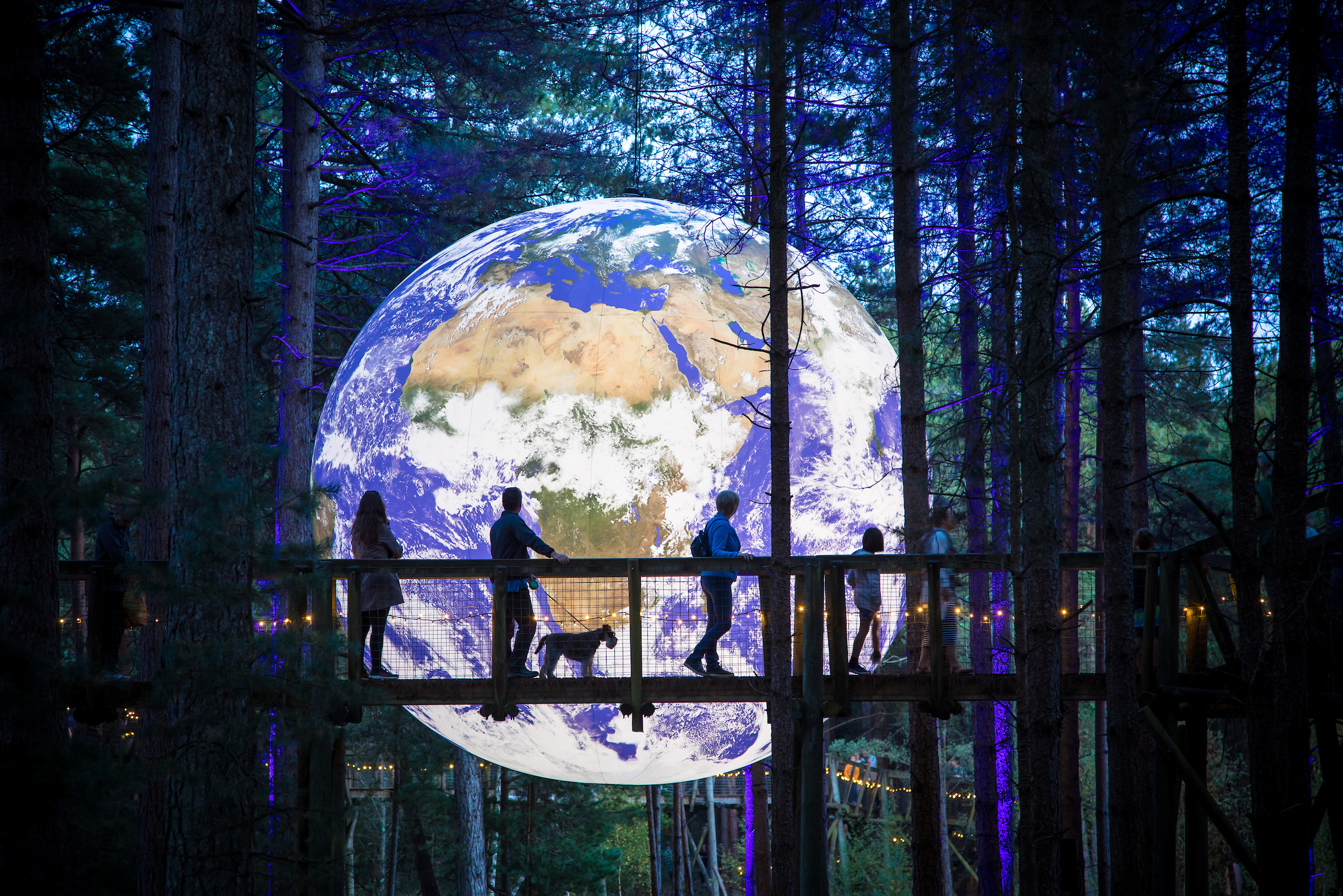 Measuring seven metres in diameter, Gaia features 120dpi detailed NASA imagery of the Earth’s surface*. The artwork provides the opportunity to see our planet on this scale, floating in three-dimensions.

The installation creates a sense of the Overview Effect, which was first described by author Frank White in 1987. Common features of the experience for astronauts are a feeling of awe for the planet, a profound understanding of the interconnection of all life, and a renewed sense of responsibility for taking care of the environment.

The artwork also acts as a mirror to major events in society. In light of the current COVID-19 pandemic, the artwork may provide the viewer with a new perspective of our place on the planet; a sense that societies of the Earth are all interconnected and that we have a responsibility toward one another. After the lockdown, there has been a renewed respect for nature.

A specially made surround sound composition by BAFTA award winning Composer Dan Jones is played alongside the sculpture. In Greek Mythology Gaia is the personification of the Earth.

Gaia is a touring artwork by UK artist Luke Jerram. His multidisciplinary practice involves the creation of sculptures, installations and live arts projects. Living in the UK but working internationally since 1997, Jerram has created a number of extraordinary art projects which have excited and inspired people around the globe. Jerram has a set of different narratives that make up his practice which are developing in parallel with one another. He is known worldwide for his large scale public artworks.

Gaia has been created in partnership with the Natural Environment Research Council (NERC), Bluedot and the UK Association for Science and Discovery Centres.

*The imagery for the artwork has been compiled from Visible Earth series, NASA. 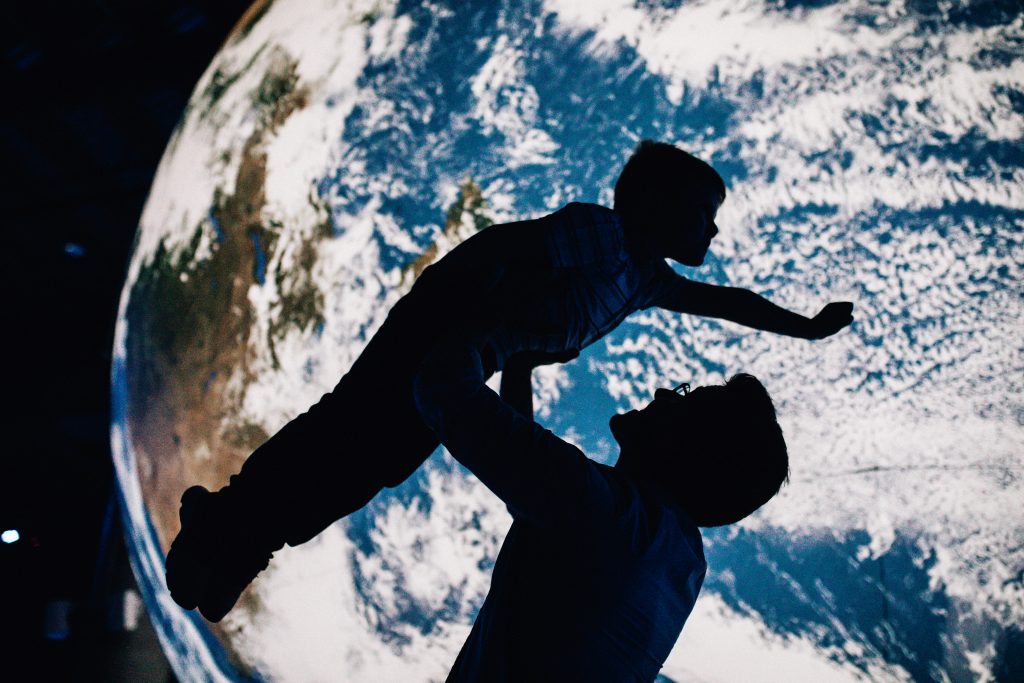 Come and See Gaia at The Hub

See Gaia in the evening when it’s at its best. The Earth Bar will be open Wednesdays 11th, 18th and 25th May and Bank Holiday Thurs 2nd & Fri 3rd June from 8.30pm to 10.30pm and ready to serve you alcoholic and non-alcoholic drinks. Admission is free (though donations would be lovely), families and dogs welcome and no need to book in advance.