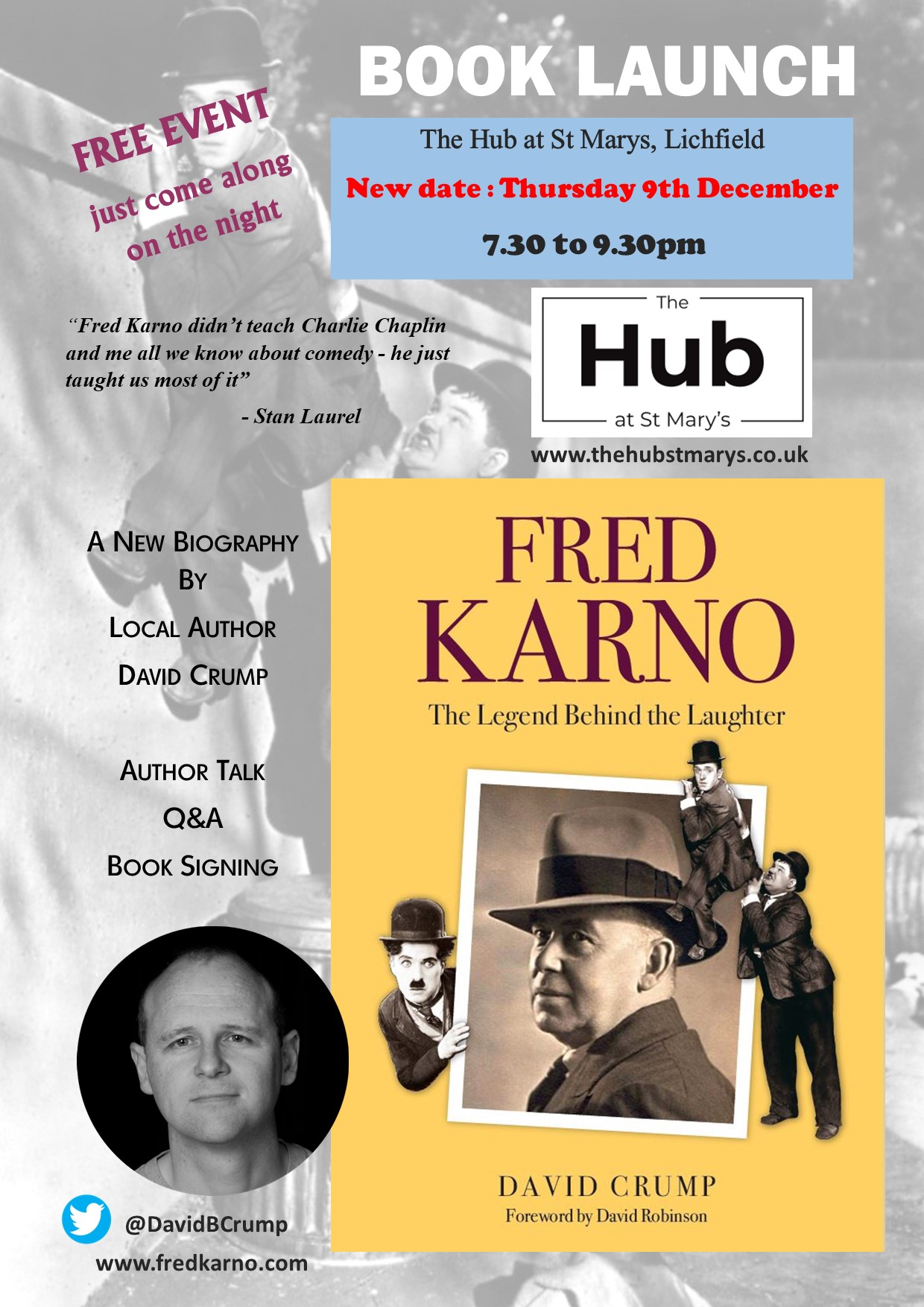 Fred Karno: The Legend Behind the Laughter Book Launch

The Hub at St Mary’s will welcome local author David Crump for the launch of his new biographical book, Fred Karno: The Legend Behind the Laughter.

“If in doubt fall on your arse.” That was the mantra of Fred Karno: acrobat, comedian, writer, music hall impresario, film producer and the undisputed king of slapstick. From his famous nursery of nonsense, the ‘Fun Factory’, the Guv’nor conquered the world, built an empire, made millions and lost the lot. In the process he discovered and trained the early twentieth century’s greatest comedians: Will Hay, Robb Wilton, Sandy Powell, Syd Walker, Frank Randle, Max Miller, Billy Bennett, the Crazy Gang, and most significantly of all Stan Laurel and Charlie Chaplin. He pioneered physical sketch comedy and developed the raw material that Hollywood later fashioned into the finest comics of silent film. This book tells the remarkable story of the man behind the myth and reveals Karno’s huge contribution to comedy and popular culture — an impact which still resonates today.

David Crump’s book launch will be a FREE event at 7.30- 9.30pm on Thursday 9th December 2021. The event will include a talk by the author, a Q&A session and a book signing.